While I prefer C or C++ as a programming language, I frequently turn to Python for prototyping and data plotting. R is an absolute last resort if the tools I'm looking for aren't implemented elsewhere.

That said, I was interested in generating a Q-Q plot for some phenotype data, and wanted to do so in a way that did not involve R. Fortunately, it is already implemented in the StatsModels package for Python.

Regarding the theory behind Q-Q plots, I found this documentation very helpful.

First I grabbed setuptools to make the installation easier:
Unfortunately, the the StatModels instructions page command for setuptools didn't work:
The command failed, stating that there was a SandboxViolation because the setup script attempted to modify files on the system that were not within the EasyInstall build area (it looked like it was matplotlib, which I had installed long ago).
So I went to the StatsModels page on pypi and downloaded the source there (statsmodels-0.5.0.tar.gz). After decompression and moving to the directory in the terminal:
I was lacking a few dependencies; fortunately, getting them with setuptools worked and was as easy as:
Then, once again for StatsModels:
You can test the installation by going into the Python interpreter and trying to import it.
This threw some warnings stating my lxml was too old to be used with openpyxl. To resolve that I tried:
This didn't fix this issue for me, but it sounds like it's not necessary, at least according to this StackOverflow post. At any rate, at this point, you should be able to open the Python interpreter and run (this code is from the StatsModels documentation):
And get a plot. Alright, so StatsModels is working for us now. Onto making a Q-Q plot with our data. I had a .tsv file named data.tsv of the format (single column of floats):
And I wrote the following code in normalityTest.py (some of it is extraneous for this example); note that this is the Q-Q plot against the normal distribution, the default distribution for qqplot():
And ran it with:
Which gave: 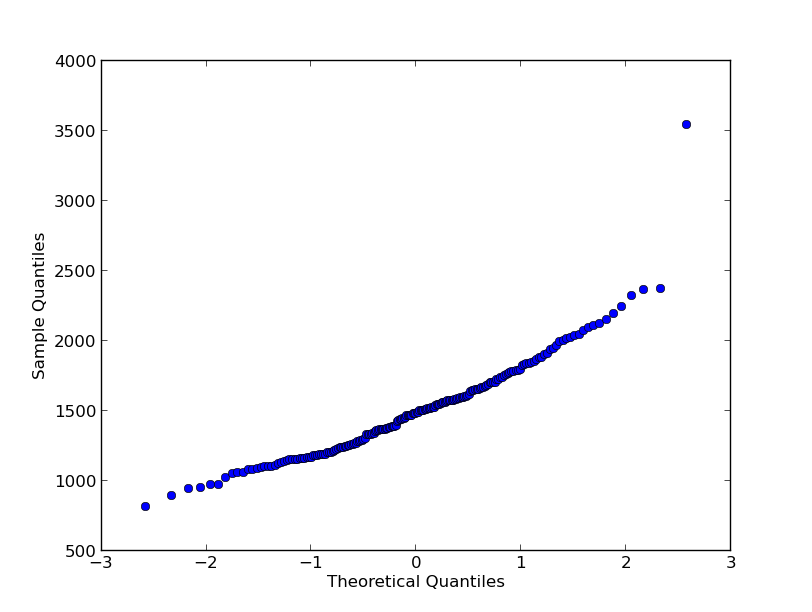 To test that against R, from the R interpreter you can do:
Which gave: 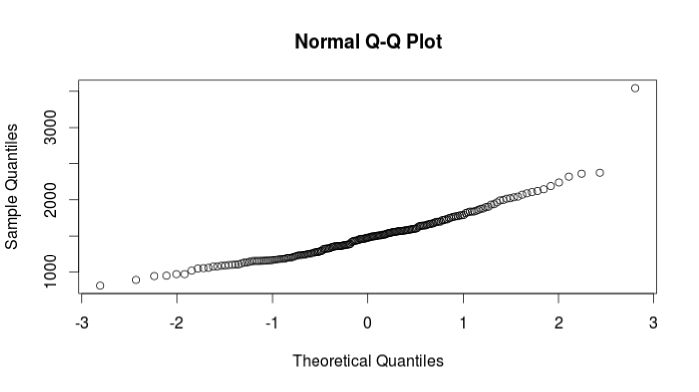